The end of the month is here, some of my best photos are up on Stocksy United, so I tought about making a top 5 at the end of each month. So here are my top 5 favorite photos that have been accepted on Stocksy in January:

Fog over pine forest in winter

Tree reflection in lake in morning

I’ve written about photographing star trails and other types of landscapes at night before on this blog, but there is another type of night photography that I like and find really interesting – photographing deep in the woods at night, in total darkness. It’s a unique experience and I have to admit that I really feel the grandeur of nature when doing this.

This works best when the air is a bit hazy but there isn’t any thick fog. Going deeper into the woods on forest roads and then leaving it always feels a bit like the premise of a horror movie. It’s a totally different experience than in the daylight because a lot of the forest creatures are nocturnal. There are strange noises  and little glowy eyes following you everywhere so imagination runs wild. Knowing that the “safety” of civilization is so far away and gets ever further makes for and interesting mix of emotions.

It was on one of these night hikes trough the forests of Transylvania that I made the photo “Apparition in Forest at Night”. As always, I was with my brother. We saw that the light from the flashlight is casting interesting shadows and tried to see how a lit silhouette would perform under such conditions. Like on all night photos I used a tripod and a wide angle lens. The problem here was that the light behind the silhouette was coming from a flashlight and was pretty low so the silhouette became blurry because of the tiny movements. I tried to keep the exposure as low as possible but still needed 50 seconds at f5,6 and ISO 400. Multiple tries later, the result was something surreal and dark that makes the mind wander. It could be a magical portal to another world, the materialization of a dark time, a ghost apparition or even an alien. It could also be a vision for the concept of spiritual enlightenment, time and space.

The image is available on NatureStockPhotos.net

One of my photos – “Deer on a road in a dark forest after rain” is on the list of the most liked and shared photos from the past year from Shutterstock’s social media feed.

I caught this moment a few years ago. I got to the woods early in the morning and a deer herd kept appearing and disappearing trough the fog almost like it was watching me. I got a glimpse of them running and jumping trough the air as they appeared only as silhouettes in the magical glowy light. I saw them doing this a couple of times but they were too fast for me and the light was too dim to photograph the scene. After a few hours I was following a forest road and saw the herd standing in the middle of it. I had a short zoom lens on my camera and thought there is no way I can get the shot right. As I was approaching two of the deers started to run but one stood curiously in the middle of the road watching me. I kept taking pictures and approaching bit by bit until it ran away. I said it before – for me it’s almost like a supernatural moment when I cross paths with wild animals so I was really excited to see this scene and photograph this special moment.

I have also made it available on NatureStockPhotos.net for those of you who don’t have a Shutterstock account or don’t like the subscription model. 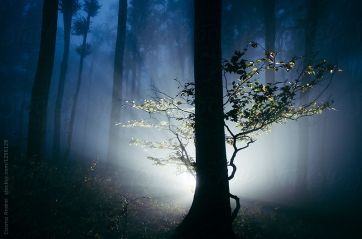 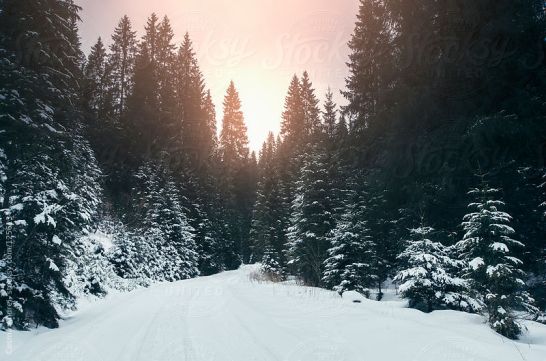 The latest batch of approved images on Stocksy focuses on the autumn and winter with some surreal, some ethereal images and a close up that’s almost abstract. Something for anyone. You can find many of my best shots on Stocksy United

It was a cold December day when the weather kept changing every minute. The few inches of snow made the climb harder, but once we reached the top all was worth it. A cold wind began to blow and the clouds covered the sun again. Thick mist started rolling down from the mountains and pouring everywhere. The landscape was changing right before our eyes.

The endless pine forests were engulfed by the mist and only a few rays of light managed to break trough to them. The whole landscape got a mysterious eerie beauty that was accentuated by the fact that there was no human being in sight for miles. We could really feel lost in the enormity of the landscape.
The only sound was the one of the cold wind blowing. The rush and background noise of everyday life vanishes is replaced by a calmness that you can’t find anywhere else. It always amazes me how the mist has the capacity to transform a landscape so fast and make it almost timeless. It’s this kind of mood and atmosphere, that feeling of being lost that I (and we at PhotoCosma) try to capture and transmit trough images.

I used a 300 mm tele lens to capture what was happening around me. I was so excited of what I was seeing that I realized a lot of the shots will come out blurry so I used a tripod. It proved to be a good decision as the light was scarce. The mist kept moving and transforming so I had a lot to photograph, but as the night approached I knew we still had a long way to go back again so I stopped and stared for a few minutes. The cold, the tiredness, the fact that we would have to walk a long way trough the dark – nothing mattered. Everything was perfect. 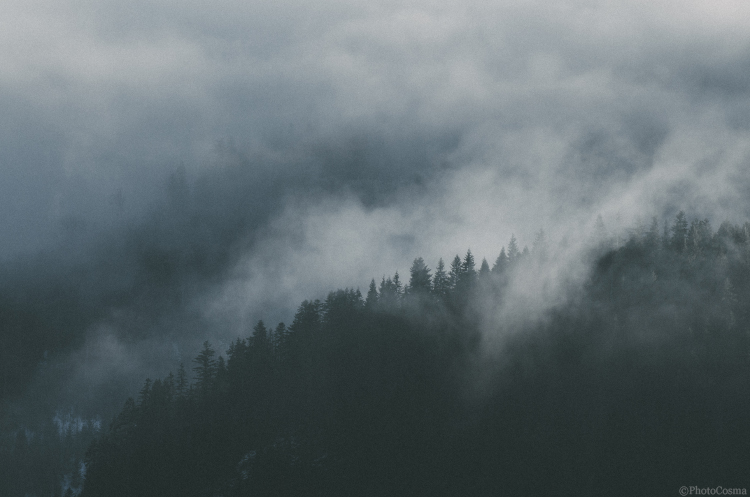 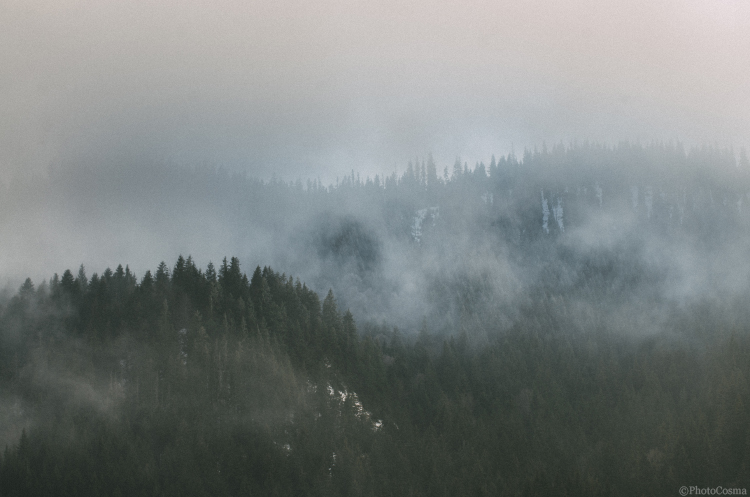